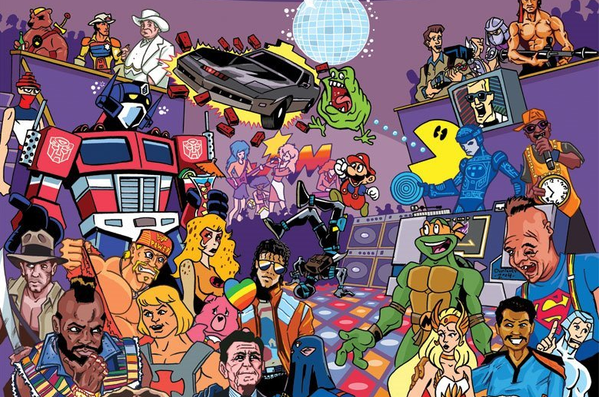 Jim recently mocked me (he’ll tell you it was just an “observation”) that I’m stuck in the 80s.  Nothing could be further from the truth.  I’m a child of the 80s and no doubt influenced by the cheesy pop-rock that dominated Casey Kasum’s American Top Forty.  Starting in college, and most notably attending the ZooTV tour for U2, I was exposed to Public Enemy and Big Audio Dynamite II and that pushed me down the Indie/Alternative path that would weave through the fabric of growing up 90s.

This led to a fervent and strong love of hip hop, beyond LL Cool J, Run DMC or even Digital Underground.

This mix is a heavy blend of progressive hip hop and electronica and some trip-hop.  There’s no other theme here other than to serve notice that I’m not stuck in some scene in a John Hughes film.

That said, there are often moments I hear Wang Chung’s “Fire in the Twilight” — pretty much everyday.

“Not with a whisper, but with a bang.” Heavily inspired by the post-punk sounds included in the oeuvre of director Richard Kelley in movies such as Donnie Darko and Southland Tales, this mix goes wonderfully dark without being frightening. This is a playlist I like to bike long-distances to, imagining I ride towards destiny.

Also folks — only two weeks left to get your mixes in for our first Iron Deejay competition. All contestants receive a free copy of Audacity software for your Mac or PC.