A mostly 2010 wintery mix named in honor of the ancient Greek scholar from the 3rd century BC who correctly determined the circumference of the Earth using his brain, eyes, feet, and a few sticks. As Carl Sagan asked…why are there no monuments to people like this? 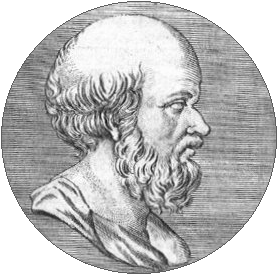 Who the hell was Eratosthenes? You may or may not know it, but Eratosthenes was a guy that lived 2,200 years ago that correctly estimated the circumference of the Earth without leaving Egypt using nothing but sticks, his eyes to observe the sun’s shadows, feet for walking measured distances, and his brain. He was the first person to measure the size of a planet, before people even thought it was round. He argued that India could be reached by sailing westward from Spain. He invented geography. He invented a system of latitude and longitude. He correctly estimated the distance from the Earth to the Sun. Let me say that again. He correctly estimated the distance from the Earth to the sun! Long before they even had telescopes. I think about that and just think, “Holy crap.” I can barely pay my bills on time or figure out an Excel sheet.

What do the songs on this mix have to do with this ancient Greek scholar from the third century BC? Not a damn thing. Except that when’s the last time you saw a statue of Eratosthenes? Or flew into Eratosthenes Airport? Or went to go see your favorite football team beat the crap out of another team at Eratosthenes Memorial Stadium? Instead we go see an event in the Viagra Dome or suffer some other indignity. We have buildings named after every jackweed you can think of, mainly politicians and the wealthy people that built the buildings — which is okay, but do we need 15 buildings named after the same person? Maybe name the first one after yourself, then search around to find an opportunity to honor someone else, eh? Why not? We can see when something has some meaning, and when we do we usually stop and read it. Maybe you get your kid to read it, and maybe s/he’s inspired by what they learn. Maybe you take the time to look the person up and think, “Wow, this person really did some great things.”

I don’t have enough monetary value built up yet to build my own giant office building, or airport, or sports stadium and put Eratosthenes’ name on there with a big descriptive plaque. But I do have the feeble and insignificant power of naming my own mix tapes. So blammo — I dub thee “The Eratosthenes Mix” in your honor, Sir, and pledge that if I’m ever in a position to build something, I’ll consider putting the name Eratosthenes on there.

Most of these are from 2010. As usual, lots of songs on here I heard first on Seattle KEXP. Several bands from an Iceland podcast — Iceland has some great bands. I had no idea. They also have a big annual music festival up there, I think it was last month. They have a thing in Iceland where the bands have to sound unique, or people won’t go see them…pretty good standard.

Anyway, hope you enjoy.  If you like a band, please download their songs and support them on tour. And if you check out KEXP podcasts, consider making a donation to support them as well.